Dr. Troy Rodgers is a police and criminal psychologist based in New Mexico. He has a master’s degree and a doctorate in clinical forensic psychology from the University of Denver. Dr. Rodgers has been the Agency Director for Public Safety Psychology Group LLC (PSPG) since 2004. At the present time, he works as a consultant/psychologist for over 140 local, state, and federal law enforcement, fire, and corrections agencies. Dr. Rodgers is a highly sought-after trainer in the field of psychology and criminal justice. He is routinely utilized as an expert by multiple regional media outlets.  He has previously been an adjunct instructor at the University of New Mexico, University of Phoenix- Albuquerque branch,  and Central New Mexico Community College. Dr. Rodgers is also certified as a Professional Lecturer by the New Mexico Department of Public Safety Training Academy. 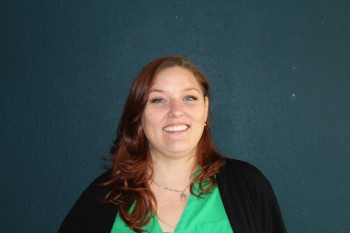 Andrea Watts came to Albuquerque in 2003 from Colorado to pursue her undergraduate studies at the University of New Mexico. She has since obtained a bachelor’s degree in Psychology and a master’s degree in Mental Health Counseling. She is currently in her third year of a doctoral program at Fielding Graduate University. Ms. Watts holds an independent clinical licensure in both New Mexico and Colorado and has a professional lecturer certification from the New Mexico Law Enforcement Academy. She is also a continuing education provider authorized by the New Mexico Counseling and Therapy Practice Board. Ms. Watts has been with PSPG for over seven years and she is currently a Co-Clinical Coordinator for our treatment team. As a clinician, Ms. Watts has worked with children and families with severe emotional struggles, offender populations including sexual offenders and incarcerated individuals, and law enforcement officers and their families. She has developed a strong expertise in trauma and couples work. Ms. Watts has been trained extensively in crisis negotiations, crisis intervention, mental health, interviewing and interrogation, competency evaluations, forensic treatment and assessment, and cutting-edge trauma treatments (such as Eye Movement Desensitization and Reprocessing- EMDR). 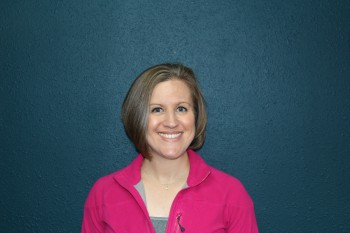 Bernadette Bruha obtained a bachelor’s degree in Psychology from Duke University, a master’s degree in Criminal Justice (with a Concentration in Law Enforcement Intelligence Analysis) from Saint Joseph’s University, and a master’s degree in Counseling from Webster University. She has worked in organizational development, research and program management, case management for troubled youth, teaching life skills to inmates, and providing high risk behavior prevention in middle schools. Ms. Bruha is an expert in providing therapy for law enforcement officers, first responders and their family members.  She has been with PSPG since 2005. Ms. Bruha is a certified Prevention Specialist and she has independent licensure in New Mexico as a Licensed Professional Clinical Counselor (LPCC). She is certified as a Professional Lecturer by the New Mexico Law Enforcement Academy in topics pertaining to mental health, law enforcement, crisis intervention, and trauma. Ms. Bruha is certified in Critical Incident Stress Management (CISM). She is also certified to provide Eye Movement Desensitization and Reprocessing (EMDR) to clients who are dealing with trauma and PTSD. Additionally, Ms. Bruha serves as a continuing education provider authorized by the New Mexico Counseling and Therapy Practice Board. Ms. Bruha is a Co-Coordinator for PSPG’s Prevention Programs and our Co-Clinical Coordinator. 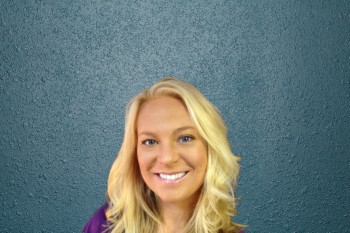 Gretchen Bjerke is a licensed mental health counselor in the state of New Mexico. She began with PSPG in 2013 after earning her bachelor’s degree from the University of Wisconsin- Milwaukee in Criminal Justice and her master’s degree in clinical mental health counseling from the University of Phoenix. She has an extensive background in criminal justice work, investigations, interviewing and interrogation, law enforcement, security, and prosecution of retail theft and fraud cases. Ms. Bjerke also has several years of experience working with people suffering from severe post-traumatic- stress disorder and other mental illnesses. At a local domestic violence shelter for women and children, she specialized in crisis-counseling and trauma treatment for domestic violence and sexual assault survivors.
She is trained and certified in EMDR.

Jessica Montoya is a Licensed Mental Health Counselor in the state of New Mexico. She graduated from New Mexico State University in 2011 with a bachelor’s degree in Psychology and a minor in Counseling and Educational Psychology. She has since obtained a master’s degree in Mental Health Counseling. Ms. Montoya began working at PSPG in 2014. She holds a professional lecturer certification from the New Mexico Law Enforcement Academy. Ms. Montoya has expertise in working with children, families, and adults. She is trained in trauma treatment approaches which include Eye Movement Desensitization and Reprocessing (EMDR). She is currently working as a PSPG counselor for first responders, a facilitator for the All Stars Substance Abuse Prevention Program, a trainer, and as a consultant member of our Crisis Negotiations Team that responds to high risk/high intensity situations in and around New Mexico. 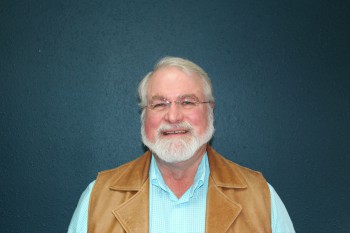 Dr. Ken Gilman received his PhD in Psychology from Texas A&M University in 1987. He also holds a master’s degree in Educational Psychology. Dr. Gilman has worked in a variety
of settings teaching students of all ages and capabilities, from Head Start to middle school to college. In addition, he has worked clinically in settings that have included hospitals, state departments, private schools for emotionally and behaviorally delayed students, law enforcement, and mental health centers. Dr. Gilman’s extensive expertise in collaborative practice, stress management, supervision, communication, leadership and teamwork make him a valuable member of the PSPG team as a counselor and supervisor.

Bailey Grundhoffer received her bachelor’s degree in Psychology from Hastings College in 2012 and went on to earn her master’s degree in Social Work from New Mexico
Highlands in 2016.  Prior to joining PSPG, she worked with families and children in the hospital setting and outpatient behavioral services. She has experience in working with individuals from birth to end of life and spent many years focusing on suicide prevention with young adults. She enjoys working with children and families and believes that by exploring our own coping skills we can enhance how we interact with the world. Ms. Grundhoffer provides therapy for first responders and their families and works with the All Stars Program.

Jennifer Rodgers has a bachelor’s degree in Developmental Psychology from the University of Denver. She has worked extensively with children ages 0 to 14 and their families.  After spending four years with the New Mexico Public Education Department in both the Professional Development and Safe and Healthy Schools Bureaus, where she managed federal grant programs, wrote state Anti-Bullying Plans and Safe Schools Plans that were implemented in all NM school districts, Ms. Rodgers decided to join PSPG full time. Since 2008, she has taught at the Bernalillo County Metropolitan Detention Center (MDC) and co-manages the PSPG Substance Abuse Prevention Program, All Stars, which is taught in many middle schools throughout Bernalillo county. Ms. Rodgers is certified as a Professional Lecturer by the New Mexico Law Enforcement Academy in topics pertaining to mental health, law enforcement, crisis intervention and family violence. She is involved in the many trainings that PSPG provides annually. Ms. Rodgers is certified in Critical Incident Stress Management (CISM).  She is our Peer Support Program Coordinator and a Co-Coordinator for our Prevention Programs.

Ryan Fairhurst is working towards his bachelor’s degree in Psychology from the Arizona State University.  He is an administrator for psychological testing for a variety of first responder agencies. Mr. Fairhurst is also a facilitator for our substance abuse prevention program, All Stars, teaching topics such as substance abuse and suicide prevention to middle school students throughout the Albuquerque Metro area since 2018.
Lieutenant Jan Olstad
(Retired)

Jan Olstad retired as a Lieutenant from the Albuquerque Police Department in December of 2011 after 21 years of service. During his time with the Albuquerque Police Department, Lieutenant Olstad ran the Crisis Intervention Team and Crisis Negotiation Team for over four years and he responded to nearly 200 SWAT activations. He has helped to instruct and facilitate Crisis Intervention Team training to 10 APD cadet classes and over 200 sworn law enforcement officers. Mr. Olstad helped to develop APD’s Crisis Outreach and Support Team (COAST) and served as an executive board member of the Forensic Intervention Consortium (FIC). Mr. Olstad has a bachelor’s degree from Concordia College. He graduated from Northwestern University Center for Public Safety in the School of Police Staff and Command.  As an Officer with APD, Mr. Olstad was a CIT officer, Field Training Officer, a member of the Emergency Response Team, was the first flight observer for the Air Unit, and he participated in the COPS-4- Kids program for over a decade. Mr. Olstad trains for PSPG statewide on a variety of topics.

Patrick Ficke is a Licensed Mental Health Counselor in the state of New Mexico. He graduated from Eastern New Mexico University in 2002 with a bachelor’s degree in Criminal Justice and a minor in Psychology. He has since obtained a master’s degree in Mental Health Counseling and has begun working on his doctorate in Psychology. Patick has been in the law enforcement field for over 16 years and currently is a licensed police officer in the State of New Mexico. Mr. Ficke holds many certifications in law enforcement to include Department of Public Safety instructor, Crisis Negotiator, CIT Officer, and is working as a command level supervisor. Mr. Ficke began working at PSPG in 2019 as a part-time therapist.  He has expertise in working with families and adults. Further, he is trained in trauma treatment approaches which include Eye Movement Desensitization Reprocessing (EMDR). He is currently working as a PSPG counselor for first responders, a trainer, and a facilitator for the Crisis Negotiations Trainings and Crisis Intervention Trainings.

Mandi Abernathy received her M.A. in Counseling from Wayland Baptist University in 2013. Academically, she also has an undergraduate background in Sociology with an emphasis in Criminal Justice from North Dakota State University in 2001. Mandi’s clinical experience involves providing therapeutic services for families, couples, groups, individuals, adults, and adolescents. Mandi is a Certified Professional Lecturer with the New Mexico Department of Public Safety and teaches/educates on Trauma Informed Interviewing around the state. Ms. Abernathy has also been a sworn law enforcement officer since 2007, specializing in the area of sexual assaults and trauma, which balance the professional experience and responsibilities as a therapist. Within her department, she worked in the capacity as a detective in the Sex Crimes Unit and Cold Case Sex Crimes Unit for 11 years. Currently, Mandi works in the capacity of Human Trafficking and Internet Crimes Against Children.

Charles Bell is a retired U.S. Army Lieutenant Colonel who has commanded at the platoon, troop, and squadron levels and is a combat Veteran.  Chuck has earned a BS degree in Exercise Science and Athletic Training from Ball State University and a MA degree in Systems Management from The National Graduate School.  He is currently a part time Graduate Student earning a MA in Licensed Professional Counseling from Liberty University.  Chuck has successfully interned with Public Safety Psychology Group and upon graduation will resume counseling.  Professionally, he is the Director of Operations for the Department of the Air Force Rapid Capabilities Office-Field Support Unit, Kirtland Air Force Base where he and his team perform assessments for strategic intelligence systems.